"The Dandelion", by Audella B. Evans 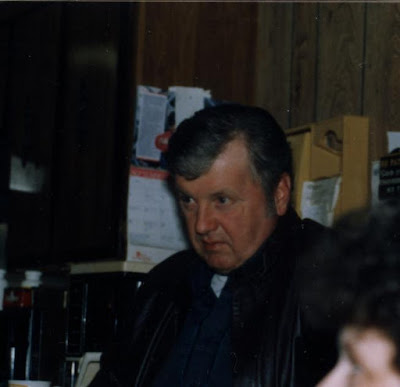 On October 2, 2002,  my older brother, William Bernard Evans, Sr., died.  A blood clot to the lung was the diagnosis.  He was already dead by the time we received the call that something was wrong and Mom got to him, and it has always grieved her that she wasn’t with him when he took his final breath.

All of us in the family still miss him, but Mom does in a totally different way.  She doesn’t talk a lot about Bill as it grieves her too much, but I know she thinks about him all the time.  Whenever she does talk about him, she will tell me that parents are supposed to raise their children, enjoy the grandchildren, and die in a good old age.  Parents aren’t supposed to out-live their children.

But the Bible says in II Samuel 7:12 “And when thy days be fulfilled, ... thou shalt sleep with thy fathers,...”  Today, thirteen years ago, God’s days for Bill were fulfilled and the Lord took him home.  We all will make that journey, too, when our days are fulfilled.

Mom has told me that she loves all four of us kids equally, but she dealt with us according to our need.  I know that she would grieve the same way if it had been me, or my brother Chuck, or my brother Doug that had died that day instead of Bill.  She will always be Mother ... we will always be her children, regardless of how old we all get or whether we are here with her or waiting for her in Heaven.  Mothers love that way: totally, unconditionally, and forever.  I’m so glad God made them that way and gave them such a huge capacity to love because I need my Mother’s love every day and in every way.

Mom wrote the following on October 6, 2002, just before Bill’s funeral.  It was her way of sharing a precious memory of her first-born son.  I share it here in remembrance of my brother, Bill. 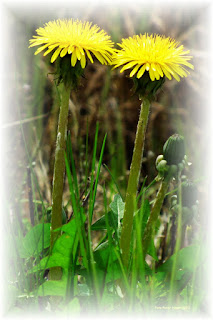 Written by Mom Evans,
October 6, 2002, to share the memory she had of Bill first bringing her flowers.

I shall never forget Bill’s little hand as he so proudly displayed me, carrying me as if I were a rose or a costly orchid, so beautiful and loved, admired and coveted by all.  But me, I grew wild, carefree, not cared for, destroyed by most, trampled sometimes. Often considered annoying for being a pesky one.  But I continued to bask in the sun and drink in the rain. Though I grew in poor soil, my roots remained.

I had a purpose in life.  God planted me there for Bill to come my way and choose me for his mother, who would love me anyway, regardless of my lowly existence.  She admire me so much because her son loved her and wanted a flower for his Mom.  As he grew into a man, bouquets of beautiful, expensive flowers he gave. But often still he would stoop down and again choose me.

Bill is gone to be with the Lord, but I will continue to grow wild and carefree, for someone like Bill – maybe, just maybe! – will choose me.


Posted by The Watsons

I would love to hear your story or your comments.